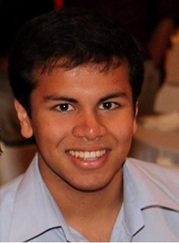 Week after week, day after day, news channels reported that the United States had continued to fall on the global education scale. Once at the forefront of education and technological innovation, the US was now ranked 25th in math and 17th in science. One summer day, Aditya Garg had a bout of inspiration.

Frustrated by the country's apparent decline in standards and wanting to reverse the trend in education, Aditya initiated the EducateUS program in the fall of 2011. However, he was not concerned simply with statistical ranking and test averages. Rather, he wanted to launch a movement - a movement to inspire a love for learning and improve competency in STEM fields.

That year, at the Early College at Guilford, he teamed up with classmates to recruit mentors, teachers, and various other volunteers to etch a framework for his project. After discussions with local schools and their principals, EducateUS began its first year of tutoring. Since then, the program has nearly quadrupled in size and nearly tripled in expanse. We have made several notable accomplishments to date and helped many students in the last three years. Students went on to see letter grade improvement, win competitions, and experience a rise in their problem solving abilities! 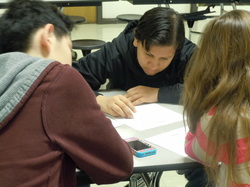 Success for our program however, is not defined simply by the expanse of our operations, but rather by the depth of our interaction and the impact we have on individual students. Whether we can help a student learn the fundamentals of mathematics or explore more complicated problems found at higher levels of math and science, we will be satisfied only when we are assured that we have done our duty as a peer mentor.

We hope to continue to affect change in our society and explore new channels to promote education. Contact us to get involved with the program or to start a local chapter!
Powered by